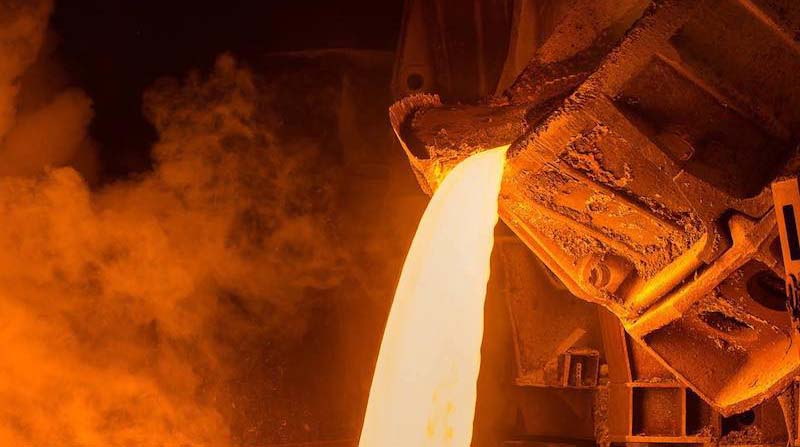 Afrochine Smelting — a subsidiary of the world’s largest stainless steel producer Tsingshan Holdings — has secured the US$1 billion needed for the first phase of the project to establish a steel plant in Chivhu and is already setting up infrastructure at the site.

President Mnangagwa is expected to commission the project, which will stretch over areas such as Chivhu, Mvuma and Chirumanzu, in December.

A new town is also expected to rise from the investment.

Afrochine Smelting managing director Mr Benson Xu confirmed to The Sunday Mail that funding for the project is already available.

“We already have funds enough to see the setting up of the project, and you may have heard the figure of US$1 billion. That is for the first phase, and we are ready to increase the investment in the following five years,” he said.

“We are ready for the groundbreaking ceremony in the next couple of months and weeks, and the commissioning will take place in December 2022.”

The company is currently setting up preliminary infrastructure such as administration facilities and staff quarters, including facilitating the provision of critical services like electricity and telecommunications by the relevant authorities.

The envisaged economic activities will be a boon for surrounding communities.

“This investment will create about 4 000 direct jobs. However, there are massive opportunities for upstream and downstream jobs and we estimate that up to 10 000 people will benefit in terms of different levels of employment opportunities,” added Mr Benson.

“This will see mining take place at Chivhu/Manhize areas; mining and beneficiation at Mvuma as well as the steel plant being established in Chirumanzu. Whereupon, we established a ferrochrome plant at Selous, a coke battery at Hwange and the steel plant forms the third leg of the investment.”

Mvuma Rural District Council has already announced plans for a new town that will have up to 15 000 residents. A number of amenities are being planned on the strength of the new investment.

Overall, the economic activities that would be generated would positively impact on Government’s economic growth plan, which is guided by the five-year National Development Strategy 1.

“Indeed, we also have a comprehensive CSR (corporate social responsibility) programme that will ensure that the community will benefit directly from the resources being exploited in their areas.

“Our projects, in fact, are fully compliant with environmental regulations and other laws of the land . . . We are committed to sustainable operations at all our projects in the country,” said Mr Benson.

For the project in Mvuma, the Environmental Management Agency (EMA) has been engaged “for certification on the Environmental Impact Assessment (EIA) for various developments that are going to be undertaken on and off site to minimise harm on the physical and social environments”.

“There are massive individual fixtures that will require separate EIAs and on each of these, we will be cooperating with and seeking the approval of EMA.”

The steel plant is one of the many investments that President Mnangagwa successfully negotiated during his visit to China in 2018.

A Memorandum of Understanding was subsequently signed with Tsingshan.