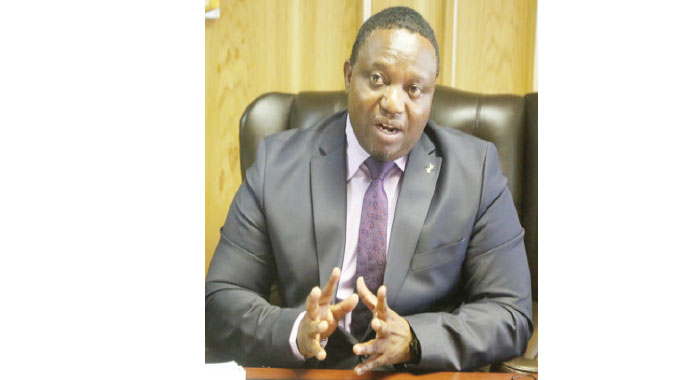 THE Government has expressed its commitment to fighting the scourge of human trafficking that continues to be a cause for concern in the country, saying although numbers have been dwindling one case reported is a case too many.

Human trafficking is described as modern-day slavery where men, women and children are trafficked both within and across borders and forced to work for little or no payment.

Some are used as domestic slaves and even forced into sex work with young women being at greater risk because traffickers can make a lot of money by selling them to brothels.

In an interview, Home Affairs and Cultural Heritage Minister Kazembe Kazembe said there were people who were still being trafficked despite efforts by the Government to nip the scourge in the bud.

Speaking on the sidelines of a tour of the Zimbabwe International Trade Fair (ZITF) last week, Minister Kazembe said human trafficking does not only apply to persons being removed from their home country but said trafficking could also be from within the country’s borders.

“Human trafficking is an issue that we have been discussing in Zimbabwe and it comes in various forms. It is not only when people are taken out of the country but people can be moved from within the country after having been lied to that they will be afforded better life opportunities.”

He said human trafficking involved people being forced to do things against their will while in captivity or because of the desperation of their situation.

“They are also taken to certain areas where they are even held hostage or made to do things they would not do if they were not in those circumstances. We have had situations where people have been lied to and taken to other countries and promised greener pastures only to realise that they have been taken for a ride when they are there.”

The Minister also highlighted that there were cases of human trafficking where Zimbabweans were being trafficked on the promise of getting nursing jobs.

“There is a particular case, I would not want to give the name of the country, but women were taken from here to that country and were promised good jobs, nursing jobs and all that and that did not happen. Our ministry had to intervene to bring the people back home, so human trafficking is real, it’s there,” said Cde Kazembe.

He, however, said there was a need to continue raising awareness as to what human trafficking is and to make the people know that it can happen to anyone if one is not careful.

The Minister could, however, not divulge the numbers involved in Zimbabwe, choosing to say the practice was going on and would be dealt with.