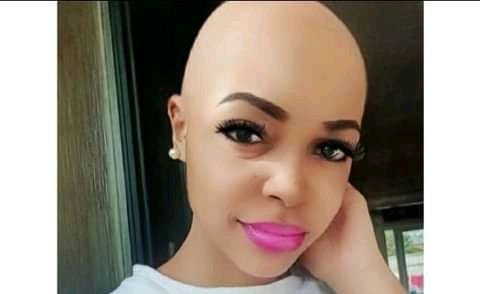 Moira Knight the ex wife to Seh Calaz has surprised her fans after getting a new bald haircut.

In a recent facebook post, Moira Knight shared a picture of herself with a clean shaven head.

She did not say much however many people took to the comment section and revealed how they felt about her new look.

Some said bald look for women was unacceptable, while others thought Moira looked amazing.