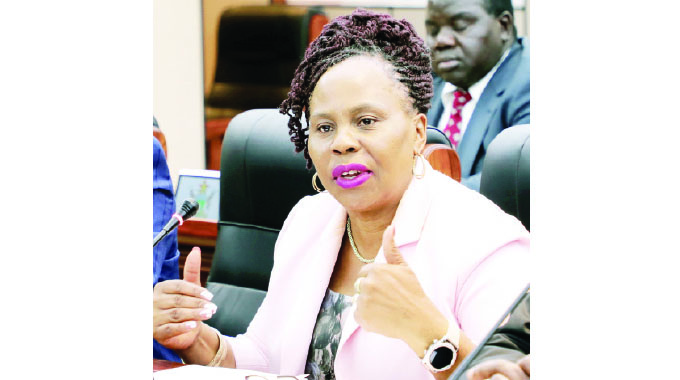 Amendments to the Private Voluntary Organisation Act set to be tabled before Parliament soon will provide for the suspension and penalisation of NGOs that stray from their mandate.

The PVO Amendment Bill also seeks to establish an Office of the Registrar of PVOs to regulate their operations.

Currently, PVOs operate under the purview of the director of social welfare in the Ministry of Public Service, Labour and Social Welfare.

In addition, operating an unregistered PVO will attract a 10-year prison sentence.

Reads Section 5 of the Bill: “When any private voluntary organisation that supports or opposes any political party or candidate in a presidential, parliamentary or local government election or is a party to any breach of Section 7 under Part III of the Political Parties (Finance) Act (Chapter 2:12) as a contributor of funds to a political party or candidate or otherwise shall be guilty of an offence and liable to a fine of Level Twelve or to imprisonment for a period not exceeding one year, or both such fine or such imprisonment.”

Government will also conduct risk assessment on PVOs deemed high risk at least once in every five years.

The amendments, which also seek to help combat money laundering and financing of terrorism by individuals or institutions operating as PVOs, will streamline the administrative procedures of PVOs to ensure registration and regulation.

The Minister of Public Service, Labour and Social Welfare will also be given authority to suspend trustees of PVOs that deviate from their mandate.

The minister can appoint a trustee to run the offending organisation for a period not exceeding 60 days.

It continues: “A designated institution that fails to register as a private voluntary organisation shall be guilty of an offence and liable to a fine not exceeding Level Fourteen and each of the members of the governing body of that organisation or institution shall be liable to the same offence and penalty and additionally or alternatively to the fine, shall be liable to imprisonment for a period not exceeding ten years.”

The Registrar will be mandated to collect registration fees from PVOs and impose penalties on organisations that break the law.

There are over 1 000 NGOs operating in Zimbabwe in different areas, including humanitarian aid, service organisations and political governance.

According to a 2014 study commissioned by the European Union and the National Association of Non-Governmental Organisations (NANGO), PVOs account for the vast majority of NGOs in the country.

“The amendments also seek to streamline the administrative procedures for private voluntary organisations in order to ensure their efficient registration, regulation and the combating of the financing of terrorism,” said Minister Mutsvangwa.

“The Registrar of PVOs is also being accorded powers to penalise non-compliant organisations.

“The PVO Amendment Bill was necessitated by growing regional and global concerns about money laundering and the financing of terrorist activities.

“It is now known that terrorist activities can be committed using seemingly authentic transactions, either as humanitarian aid or as development assistance.”

The Basel Anti-money laundering (AML) Index, an independent annual ranking that assesses money laundering and terror financing threats globally, last week ranked Zimbabwe as one of the countries whose banking systems are at the greatest risk of being used by money launderers.

In 2020, the European Union added Zimbabwe to countries whose financial regulations are deemed not strong enough to prevent money laundering and terrorism financing.