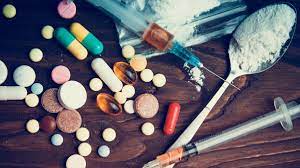 SATURDAY’s scheduled anti-drug abuse campaign in Norton has been postponed to next week November 27.

According to organisers of the event, senior government officials who are supposed to grace the occasion are tied up somewhere and the campaign has been moved to next week.

Independent Norton legislator Temba Mliswa will be partnering several artists in an awareness campaign to combat drug and substance abuse.

The event, running under the theme: “Zero Tolerance to Drug Abuse” will include musicians, comedians, and poets.

The event will be held at OK Supermarket in Katanga Township from 10:00hrs to 17:00hours.

The drug abuse scourge, according to Mliswa, “must be declared a national disaster as three in one youth in Norton are always intoxicated”.

In an interview with NewZimbabwe.com this week, Langton Nyanduri, a poet who is coordinating the event and working with Mliswa, said the artists would partner with the MP and send a message on the dangers of using harmful drugs.

“In Norton drug abuse is now at a climax stage which needs immediate attention. At least 60% of the youths are engaging in drug and substance abuse. I work with youths and children, and the situation is not pleasing at all,” he said.

“As our MP, Mliswa has said before, the future generation is being lost to drug abuse. Under the influence of drugs and substances, some of our youngsters are now engaging in criminal activities. Drug abuse is now a form of entertainment.

“Most of them see the use of drugs as a way of escaping from the sorrowful experiences they go through at their homes where there is hunger. There is poverty in the country and Norton is no exception.”

Nyanduri blamed idleness, lack of employment opportunities for school leavers, and peer pressure as major contributory factors to the abuse of drugs such as guka or crystal-math and mutoriro or dombo which are commonly being used countrywide.

According to Nyanduri, dombo, costs US$10 a packet which the youngsters sniff. Those who take it lose appetite. Some are taking pampers which they boil and drink the residue. The youths are also abusing marijuana or cannabis, as well as other injectable drugs where only one syringe is used to inject several of them at one goal

Some of the drug abusers are as young as 13 years.

Sadly, Nyanduri pointed out that some government officials (names supplied) were said to be supplying these drugs and police reports made have not yielded anything as the youths who buy the drugs are not willing to testify in court once culprits are arrested, and the cases die a natural death with no evidence to prove the cases.

“Tangible evidence is necessary to convict the culprits who supply the drugs,” Nyanduri highlighted.

NewZimbabwe.com will be live-streaming the event.