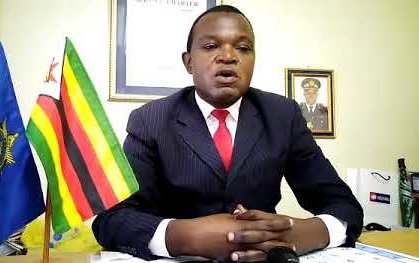 CHAOS rocked Beitbridge Border Post at the weekend after cross-border transporters blocked roads in protest over the continued closure of the Zimbabwean side.

Zimbabwe closed its borders in 2020 after the outbreak of COVID-19, allowing only trucks and buses transporting essential goods and returnees to operate.

“All I can say at this moment in time is any form of stoppage or blockage is negative,” Diedrechsen said.

Police spokesperson Assistant Commissioner Paul Nyathi yesterday confirmed the blockade and weekend chaos, which only ended after the Zimbabwe Revenue Authority (Zimra) gave in to the demands of the cross-border transport operators.

They eventually managed to clear the border at around 1am yesterday.

“We are aware that omalayitsha were protesting at the Beitbridge border causing traffic jams. As of today (yesterday), we are yet to receive a full report on the matter,” Nyathi said.

As chaos ensued during the weekend, scores of South Africa-based engineers involved in the upgrading of the border post were caught in the traffic jam.

The transporters argued that they were an essential service provider as they carried food items from South Africa to Zimbabwe.

An internal police memo seen by NewsDay stated that about 65 operators were responsible for the blockade.

The police said Zimra staff had been instructed by their supervisors to turn back all omalayitsha to South Africa as the Zimbabwean border was still closed to the public, except for essential services such as buses ferrying expatriates.

In retaliation, omalayitsha then drove their vehicles towards South Africa as if in compliance, and abandoned them along the bridge, blocking all traffic lanes to and from South Africa.

“After the blockade, they asked Zimra to allow them to enter Zimbabwe since they are Zimbabweans. They also said they had already finished all the exit processes on the South African side so they would be refused re-entry into South Africa,” the police memo read.

Zimra acting commissioner-general Rameck Masaire did not respond to a request for comment.