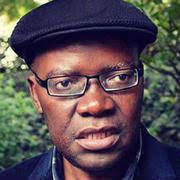 On this day 10 years ago, then minister of finance Tendai Biti made a statement about the Grain Marketing board.

Biti said it was in the interest of the hard working farmers to let the market dictate grain price rather than getting the Agriculture Minister announcing grain prices adding that the state body should allow for competition even from buyers from outside the country so that the farmers are reasonably paid.

“The best way is to unbundle GMB so that the strategic grain reserve does not interfere with commercial operations of the company, one wonders how a company like GMB would be said too have incurred a loss when it is the country’s grain buyer of first resort.”

“It is a shame to note that a company with a wage bill of US$10m cannot even keep proper records of accounts,” said Biti.

The finance Minister also says he has ordered GMB officials to avail to his office the names of all senior government officials who procedurally took Ammonium Nitrate (AN) for top dressing which despite the government having acquired enough top dressing fertilizer, the top brass stole it leaving the ordinary farmers without the product.