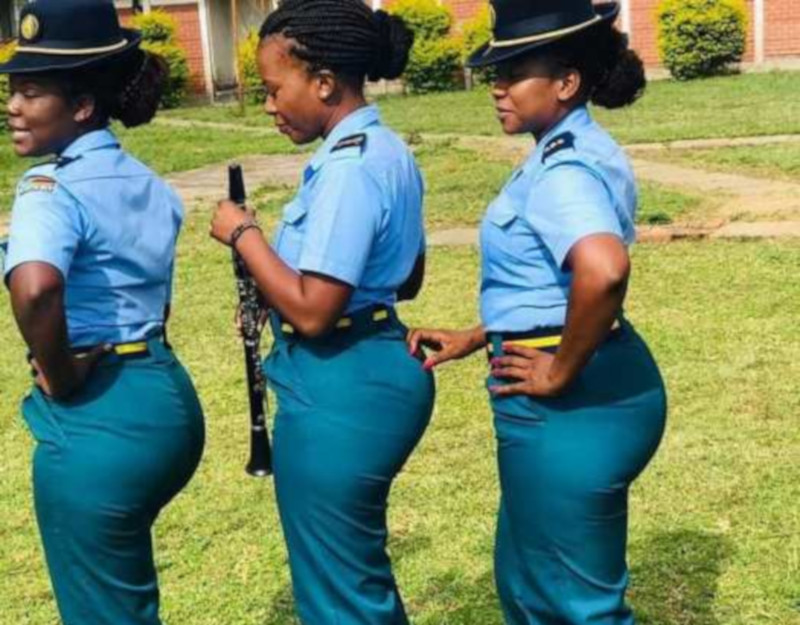 A police source who spoke to online publication NewZimbabwe said the ladies may not face disciplinary actions if they play their cards well.

“The ladies who were posting sexually suggestive images were also summoned to explain themselves, but they could be off the hook if they play their cards well. They could just say they were out to clean the image of the institution that has been tarnished by pictures of some of their male counterparts who have been photographed drunk or dirty.”

The female police officers were summoned to explain their actions together with some male officers who went viral on social media platforms after they made a video mocking their paltry salaries.

The officers are set to be charged under the Police Act and are facing dismissal from the force for their actions. The police source is quoted by New Zimbabwe as saying,

“To tell the honest truth, those officers knew what they were doing was against the Police Act, every officer knows that you do not just post such videos online especially in uniform.

“If they are lucky they could just be accused of unbecoming behaviour but the worst case scenario could be that they want to cause alarm and despondency or actively participating in politics.

“They were called in to Law and Order at Harare Central where investigations commenced as senior officers believed they could be part of a larger plot to distabilise the force.”

One of the police officers is reported to have tendered his resignation to avoid being fired.

“One of the guys had in actual fact handed in his form for resignation but it was yet to be accepted. He does not mind being fired because he managed to attain tertiary qualification during the time he was in the force even though a lot worse could happen to him. The sergeant is the one who is really worried because he was not looking forward to leaving so early.”